You’ll no longer be offered a flimsy plastic bag in the grocery checkout line. Your takeout pho soup will no longer come in a neatly knotted plastic sack.

No commercial business in Anchorage — from Walmart to a hole-in-the-wall cafe — will be able to legally hand out a disposable plastic bag.

The change has been a long time coming, organizers say. The Anchorage Assembly voted for the ordinance banning plastic bags on Aug. 28, 2018.

The ban rollout date was originally March 1, but it was pushed back to Sept. 15 after some business owners said they had large stockpiles of plastic bags.

The ordinance works like this: Retailers of all kinds are banned from handing out plastic bags for customers to take home goods or food.

Biodegradable or compostable plastic bags are included in the ban because they “do not biodegrade well in our climate,” according to the municipality’s fact sheet.

There’s a list of exceptions for things like the bags used for produce, meat or bulk items at grocery stores. And there are nuances, like the rule that allows nonprofits such as food banks to give their customers recycled plastic bags. 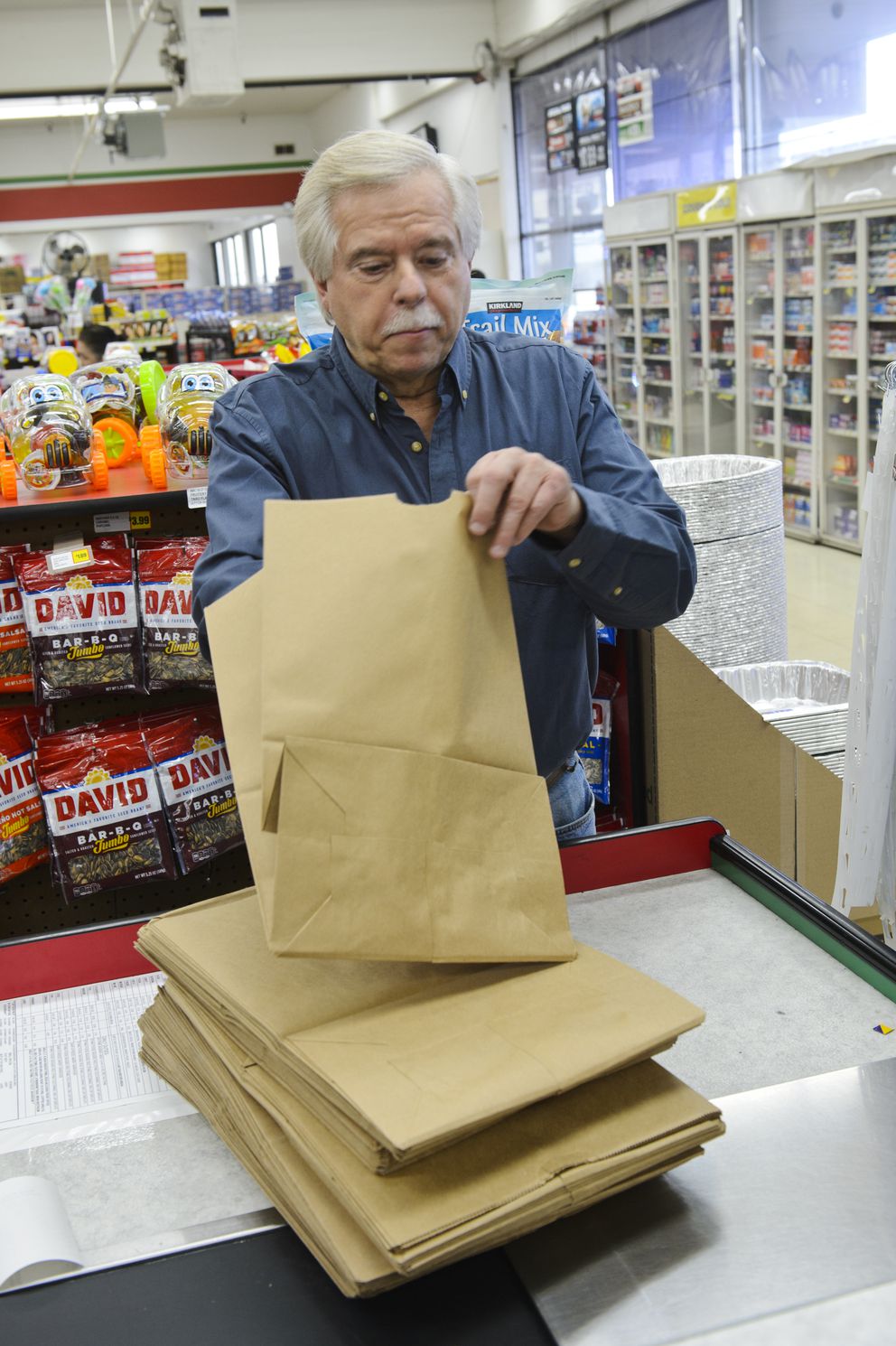 Under the ordinance, businesses can offer a paper bag but must charge the customer from a minimum of 10 cents to a maximum of 50 cents.

The hope is that people will change their habits and carry reusable bags, said Ira Slomski-Pritz, a special assistant to Mayor Ethan Berkowitz who is handling the rollout of the ban.

Anchorage’s plastic bag ban follows those of other Alaska communities, including Wasilla, Palmer and Kodiak, that have also banned single-use plastic bags in an effort to reduce litter and waste.

Anchorage’s goes further than some of the other bans: It doesn’t just target the thin plastic bags handed out at grocery stores, but all plastic bags, including thicker ones handed out in places like gift stores.

In recent months, the city has been working to remind business owners and the public about the change. There’s a poster campaign featuring a forlorn-looking moosewith a rack draped with plastic bags. Zero-waste groups like Boomerang Bags have held sewing bees to make reusable bags to distribute for free to the community.

The municipality has a dedicated e-mail address, plasticbagban@anchorageak.gov, and phone line, 907-343-7123, where people can ask questions. Lots of questions are still rolling in, Slomski-Pritz said.

At Red Apple Market in Mountain View, manager and owner Ron Petersen has already planned for the change. He stopped ordering the huge number of plastic bags the store sends out the door with customers -- up to 4,500 a day, he said.

“It’s unbelievable how many we use,” he said.

Supplies will run out in a few days. Now he’s stocking up on brown paper bags, which he plans to charge the minimum of 10 cents for. Paper bags are more expensive than plastic -- about 12 cents per bag versus a penny, he said.

Petersen says he cares about reducing waste and is happy to comply with the new ordinance but has a few questions about how it will work in practice.

People using WIC, a supplemental program for low-income mothers, or food stamps aren’t supposed to pay the 10-cent fee for an alternative bag, according to the ordinance. But Petersen said he doesn’t have any way of knowing whether customers are paying with WIC or food stamps until the transaction is fully processed. 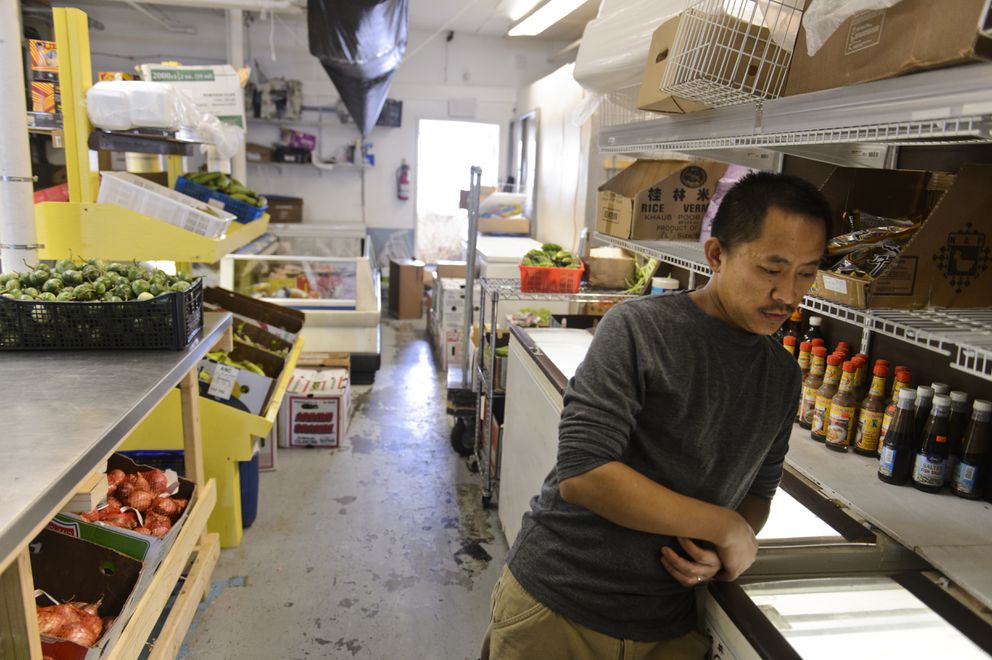 Sai Lee, the owner of New Asian Market in Mountain View, prepared for the change by buying a large pallet of brown paper bags at Costco.

He’s letting his supply of plastic bags dwindle at his store, where he stocks everything from frozen carp to Hmong-language DVDs.

“I’m waiting to see how it plays out,” he said.

How much impact will the ban have on what goes into Anchorage’s landfill?

That’s hard to say, said Suzanna Caldwell, spokeswoman for the city’s Solid Waste Services. No one has studied plastic bags’ contribution to landfill waste specifically, but all non-recyclable plastics, including plastic bags, films and containers, account for 5% to 10% of the city’s solid-waste stream by weight.

Single-use plastic bags currently can be recycled only at a few drop-off locations in Anchorage, according to Caldwell. And along with all plastic films, they are a “problematic contaminant” in curbside recycling because they can clog machines used to separate materials.

Westrock, the company that operates the recycling center, "has struggled to find recycling markets for plastic films since China stopped accepting US recycling,” she said in an email.

[How a decision by China reverberates in your recycling bin]

Between that and the ban, the company decided to stop accepting bags, she said.

Two city-sponsored chances to exchange old plastic bags you may having lying around for a new reusable one are planned for Friday. Old plastic bags will be donated to nonprofits.