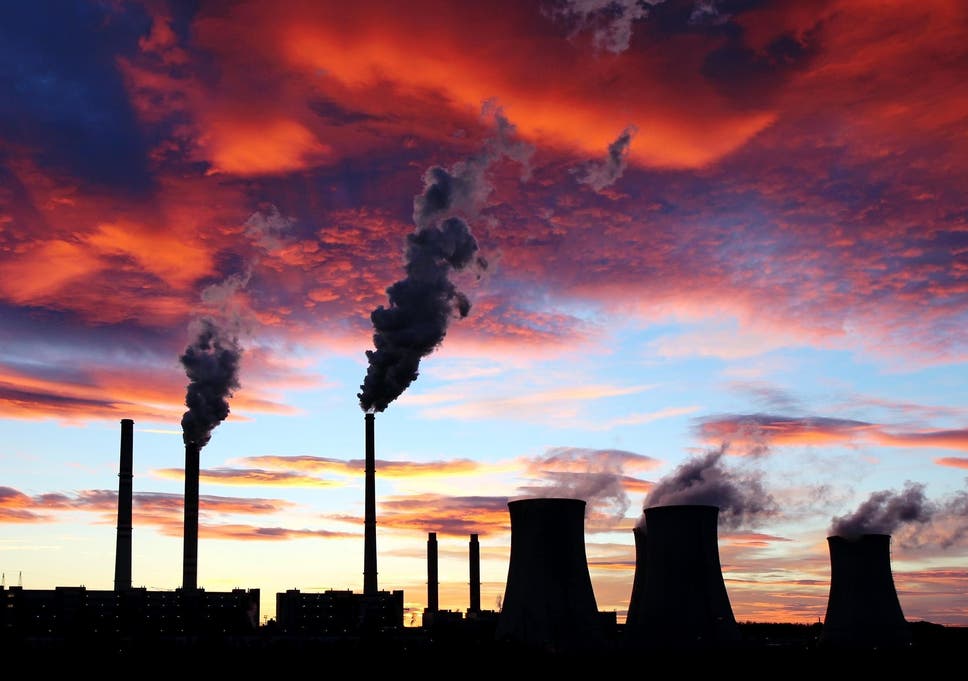 Levels of the damaging greenhouse gas carbon dioxide have reached an alarming new milestone at the world’s oldest measuring station in Hawaii.

The Mauna Loa Observatory, which has measured the parts per million (ppm) of CO2 in the atmosphere since 1958, took a reading of 415.26ppm in the air on 11 May – thought to be the highest concentration since humans evolved.

The Scripps Institution of Oceanography measures CO2 levels at Mauna Loa daily. The observatory, on Hawaii’s largest volcano, was built to test air quality on the remote Pacific islands because it is far from continents and pollution, while the area lacks vegetation, which can interfere with results.

The readings form the Keeling curve, which shows the rapid increase in CO2 levels in the atmosphere as a result of human activity.

Meteorologist Eric Holthouse retweeted the Mauna Loa readings and said: “This is the first time in human history our planet’s atmosphere has had more than 415ppm CO2.

“Not just in recorded history, not just since the invention of agriculture 10,000 years ago. Since before modern humans existed millions of years ago.

Ralph Keeling, the director of Scripps CO2 programme, said: “The average growth rate is remaining on the high end.

“The increase from last year will probably be around three parts per million whereas the recent average has been 2.5ppm.”

He added: “[It’s] likely we’re seeing the effect of mild El Nino conditions on top of ongoing fossil fuel use.”

It is estimated the last time CO2 concentrations were this high was during the mid Pliocene epoch 2.5-5 million years ago.

During this period, global temperatures were 2-3C higher than they are today, global sea levels were at least 25m higher, and sea ice at the Arctic had retreated and given way to forests, where summer temperatures regularly reached 15C.

The Paris climate agreement, signed by most countries in 2015, is designed to try and limit average global temperature rises to 1.5C above what they were in the pre-industrial era.

However, last year’s report by the United Nations’ scientific body, the Intergovernmental Panel on Climate Change, warned the amount of CO2 and other greenhouse gases we are still putting into the atmosphere means we are currently on track to exceed 1.5C of warming between 2030 and 2052 if temperatures continue to increase at the current rate, and by 3C by the end of the century.

Once we hit 2C warming, the report said the world will become a profoundly different place.

There will be almost no coral reefs remaining, the Arctic will be completely free of ice during summer at least once a decade, and huge numbers of animals and plants will become extinct as their habitat becomes smaller and smaller.

Devastating heatwaves and wildfires will become more frequent and could make some inhabited parts of the world impossible to continue living in.

The impact for humans will be enormous, the report said, particularly in areas already vulnerable to sea level rise such as the low-lying coastal regions of Bangladesh and Vietnam, and island territories like Kiribati and the Maldives.

Rising waters will drive millions from their homes, and crop yields will fall dramatically in sub-Saharan Africa, southeast Asia, and Central and South America.

The report concluded “limiting global warming to 1.5C would require rapid, far-reaching and unprecedented changes in all aspects of society”.