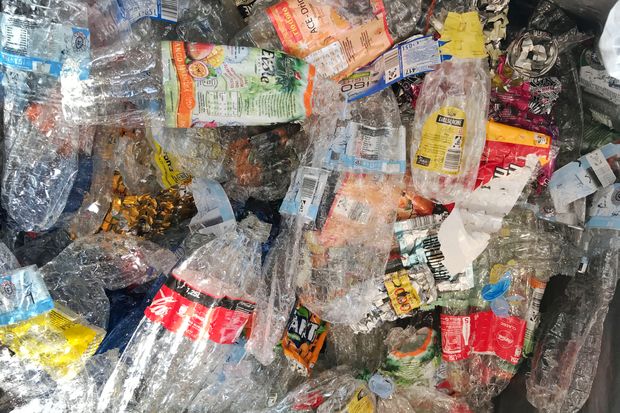 As reprted by WSJ, Beverage companies with ambitious goals to use more recycled plastic in their packaging are facing a shortage of discarded containers from recycling programs.

But the volume of plastic for bottles—technically known as polyethylene terephthalate, or PET—has been stagnant for years.

“We have to increase recycled PET. This is unquestionably one of the biggest challenges in the U.S.,” Simon Lowden, president of Pepsi’s snacks group, said in an interview. 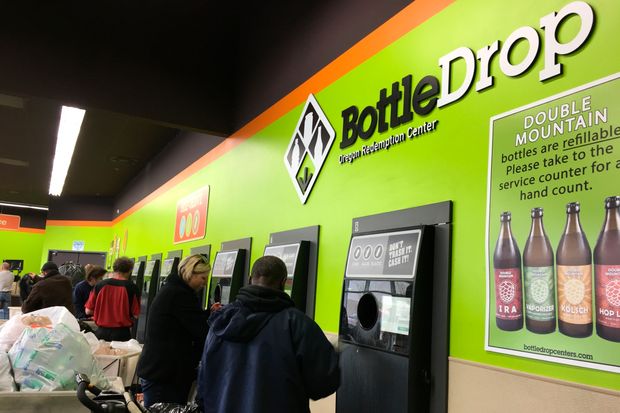 Coke, Pepsi, and other bottled-beverage companies pay millions of dollars annually to improve curb-side recycling through groups such as the Recycling Partnership. In Atlanta—through a grant of $4 million from the Coca-Cola Foundation—the Recycling Partnership and city officials this spring deployed teams of people to city neighborhoods to check recycling bins for contaminants right before collection crews arrive.

The PepsiCo Foundation last year pledged $10 million in a collaboration with the Recycling Partnership to raise $25 million from other companies to pay for recycling carts and education programs in communities with low participation in recycling.

But beverage companies also have worked for decades against one of the most effective recycling practices: deposit programs that pay a nickel or dime for each bottle returned. They acknowledge that deposits succeed at collecting cans and bottles for recycling, but say the deposits are essentially a tax on their drinks that give millions of dollars in unredeemed deposits each year to state governments. The programs also create additional logistical costs for beverage distributors and retailers that need to store and collect the empty bottles.

“We can make curb-side better. That’s really where we see the future of recycling,” said William Dermody, a vice president for the American Beverage Association, the trade association for the soda industry.

Ten states that charge deposits on beer, water and soda containers have higher collection rates than states with curb-side recycling programs. They collect a third of all the recycled PET collected annually in the U.S., according to the Container Recycling Institute. The group calculates these bottles also are converted into new food and beverage containers at a higher rate than plastic from curb-side programs that contain more unusable material.

“If you have a deposit system, you get fantastic collection rates,” said Leon Farahnik, chief executive of CarbonLite Industries LLC, a Los Angeles-based processor of recycled plastic flakes used to make new bottles. In California, enough PET is being recovered through the deposit program to make 70% of the new beverage bottles sold there annually, according to the state’s recycling department.

Fees for curb-side recycling service have been rising to counter falling prices for scrap materials caused by lower exports of old paper, cardboard and plastics to China. Officials in China tightened their standards for contamination in U.S. scrap exports last year, leaving many recycling companies without a buyer for their waste and causing a