It’s said that one person’s trash is another’s treasure. And for one Filipino community, it’s almost that valuable — it’s helping people put food on the table.

In an area near the capital of Manila, residents can hand over their plastic trash in return for rice. The exchange rate is 2:1 — 2 kilograms of plastic gets you 1 kg of rice. One kg of rice costs about 30-40 pesos ($0.70), but poverty is rife in the Philippines, where average wages were around $200 per month, according to 2016 data.

Want to write for us? Take a look at Apolitical’s guide for contributors

Plastic and plastic litter, however, are plentiful. Despite the introduction of the Ecological Solid Waste Management Act almost two decades ago, the Philippines remains one of the leading marine plastic polluters.

A report from McKinsey examining leading sources of ocean plastic pollution claims that “over half comes from just five rapidly growing economies — China, Indonesia, the Philippines, Thailand, and Vietnam.”

It’s clear more needs to be done to establish well-organised, global strategies for collecting and recycling plastic. Businesses such as TerraCycle are working with global partners like the World Economic Forum to confront the issue, while the movement towards a circular economy aims to curb the amount of waste produced in the first place.

According to the UN, around 300 million tonnes of plastic waste are generated every year. Only 9% of the plastic waste ever produced has been recycled, and today, just 14% is collected for recycling.

But its role in keeping food fresher for longer plus its myriad uses in medicine and more means it is an integral part of everyday life. 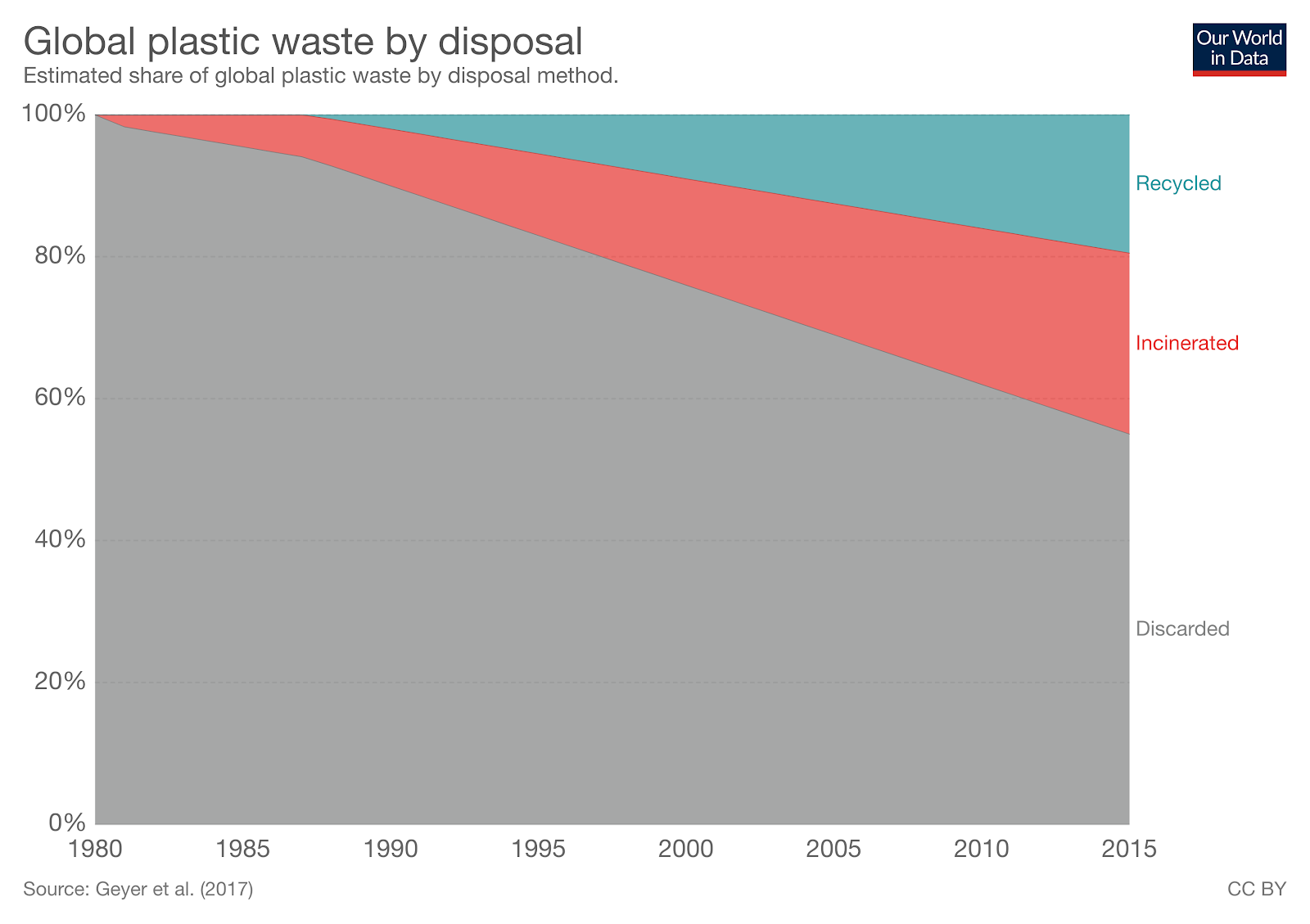 The Bayanan program illustrates the role local organisations can play. By attaching an economic value to collecting plastic litter in exchanging it for food, it’s possible to reframe the issue.

Elsewhere in the world there are similar approaches under way, including a school in the Indian state of Assam that allows parents to pay their children’s school fees using plastic waste and an Indonesian city where commuters can buy their bus ticket with used plastic.

Michelin to switch to 100% renewable, recycled and bio-based materials for its tyres by 2050

Magnets, vacuums and tiny nets: the new fight against microplastics