Last time CO2 levels were this high, there were trees at the South Pole 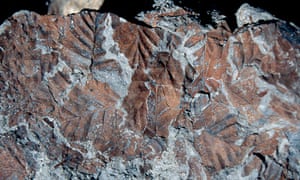 Trees growing near the South Pole, sea levels 20 metres higher than now, and global temperatures 3C-4C warmer. That is the world scientists are uncovering as they look back in time to when the planet last had as much carbon dioxide in the atmosphere as it does today.

Using sedimentary records and plant fossils, researchers have found that temperatures near the South Pole were about 20C higher than now in the Pliocene epoch, from 5.3m to 2.6m years ago.

Many scientists use sophisticated computer models to predict the impacts of human-caused climate change, but looking back in time for real-world examples can give new insights.

The Pliocene was a “proper analogy” and offered important lessons about the road ahead, said Martin Siegert, a geophysicist and climate-change scientist at Imperial College London. “The headline news is the temperatures are 3-4C higher and sea levels are 15-20 metres higher than they are today. The indication is that there is no Greenland ice sheet any more, no West Antarctic ice sheet and big chunks of East Antarctic [ice sheet] taken,” he said.

Fossil fuel burning was pumping CO2 into the atmosphere extremely rapidly, he said, though it took time for the atmosphere and oceans to respond fully. “If you put your oven on at home and set it to 200C the temperature does not get to that immediately, it takes a bit of time, and it is the same with climate,” Siegert said, at a Royal Meteorological Society meeting on the climate of the Pliocene.

He added that global temperature had already risen by 1C since the industrial revolution, when CO2 levels were 280 parts per million (ppm). CO2 was now at 412ppm and rising, suggesting the planet would be locked into rises of 3C-4C in the next few centuries. Ice melting, he said, took even longer and the huge sea level rises indicated by the Pliocene evidence would probably take a few millennia to come about.

In the Pliocene a variety of beech and possibly conifer trees grew at Oliver Bluffs, 300 miles from the South Pole. The tree remains had been unearthed as fossils, along with cushion plants and mosses.

Jane Francis, director of the British Antarctic Survey, said: “This is an amazing discovery. They found fossil leaves of southern beech. I call them the last forests of Antarctica. They were growing at 400ppm CO2, so this may be where we are going back to, with ice sheets melting at times, which may allow plants to colonise again.”

The evidence showed summertime temperatures in the Pliocene were a tundra-like 5C near the Pole, compared with -15C to -20C today.

The presence of plants showed the Antarctic ice cap was much smaller in the Pliocene and the sea level much higher. “Twenty metres of sea level rise would have a major impact on our all our coastal cities and all our coastal areas where people live,” Francis said.

Polar regions were especially important in understanding global climate, she said: “We know that is where the change happens first and where it is most dramatic.”

About 100m years ago an even more extreme climate occurred. In the Cretaceous period CO2 levels were 1,000ppm. Antarctica still sat over the South Pole, but the region was warm and covered in great forests, the stumps and soil of which have been preserved as fossils in places like Alexander Island.

“If we keep carbon emissions going at the current rate, by the end of the century we will have 1,000ppm,” said Siegert. The low 280ppm level of CO2in the run-up to the industrial revolution was rooted in carbon being removed from the air by plants and animals and then buried. “It formed coal seams, gas and oil fields. And what we have been doing for the last 150 years is digging it all up and putting it back into the atmosphere, it’s crazy.”

One climate peril these emissions ruled out, said Siegert, was a return to an ice age, which had happened several times in the last million years; CO2 was now at too high a level for there to be any chance of a big freeze, said Siegert. “We’ve killed it.”