The government has launched a temporary ban on fracking amid fears over earthquakes.

Energy secretary Andrea Leadsom said the government had put a “moratorium on fracking” – the controversial practice of pumping high-pressure liquid into rock to release shale gas – after a report raised safety concerns.

A study by the Oil and Gas Authority ruled it was not possible to accurately predict the likelihood – or magnitude – of earthquakes linked to fracking.

“Whilst acknowledging the huge potential of UK shale gas to provide a bridge to a zero carbon future, I’ve also always been clear that shale gas exploration in the UK must be carried out safely,” Leadsom said.

The new report makes it clear “we cannot rule out future unacceptable impacts on the local community”, she continued.

“For this reason, I have concluded that we should put a moratorium on fracking in England with immediate effect.”

Meanwhile, further proposals to change the planning process for fracking sites will no longer be taken forward. 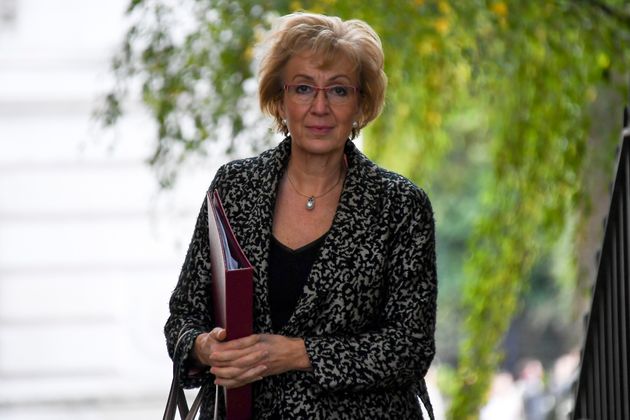 The decision follows long-standing protests about fracking, with demonstrations estimated to have cost public bodies almost £33 million since 2011.

On Saturday, environmental activists hailed the government’s decision to halt fracking as a victory for communities and the climate.

Rebecca Newsom, head of politics at Greenpeace UK, said it was a sign that “the government’s big bet on fracking is bust”.

“Opening up a new fossil fuel industry in this climate emergency was always an awful idea, and it’s only seemed worse as the industry has lurched from mishap to disaster.”

Meanwhile, Labour’s energy secretary Rebecca Long-Bailey said the government had been forced to U-turn its support for a “dirty industry”.

“Facing earthquakes, air pollution and climate breakdown, communities across the UK fought back hard against Tory efforts to roll out fracking on a massive scale,” she said.

“When the Torygovernment overruled local democratic decisions to halt fracking, communities did not give up.

“When fracking protesters went to jail, communities did not give up.”

She added: “It is over eight years since fracking caused earthquakes near Blackpool. The Tories owe the public an apology and an explanation of how much public money they wasted while ignoring the science.”