By late Monday morning, the National Grid said the UK had gone 122 hours in a row and rising without using coal, the burning of which is one of the world’s biggest contributors to climate change.

It is the first time the nation has been powered for so long without the fossil fuel since the world’s first coal-fired power station for public use was opened in London in 1882.

The country has already gone more than 1,000 hours in total without needing coal in 2019, and this year is on course to smash all previous records.

“As more and more renewables come onto our energy system weekends like this are going to increasingly seem like the ‘new normal’,” a spokesperson for the National Grid Electricity System Operator told The Independent.

“We believe that by 2025 we will be able to fully operate Great Britain’s electricity system with zero carbon.

“The transformation of how we get the energy to heat our homes and power our work is a massive change, but the advantages it brings in terms of green energy far outweigh any challenges.”

Despite the phasing out of coal, the UK is far from meeting targets that would get it to net zero emissions by 2020 – as was demanded last week by the government’s climate change advisers.

Environmental groups were angered after Theresa May refused to commit to act “now”, and instead said only that she will “respond urgently” to the call for new laws.

The comments fell far short of the call by the Committee on Climate Change to enact immediately a legally binding duty to hit the 2050 target, ahead of a UN summit in September. 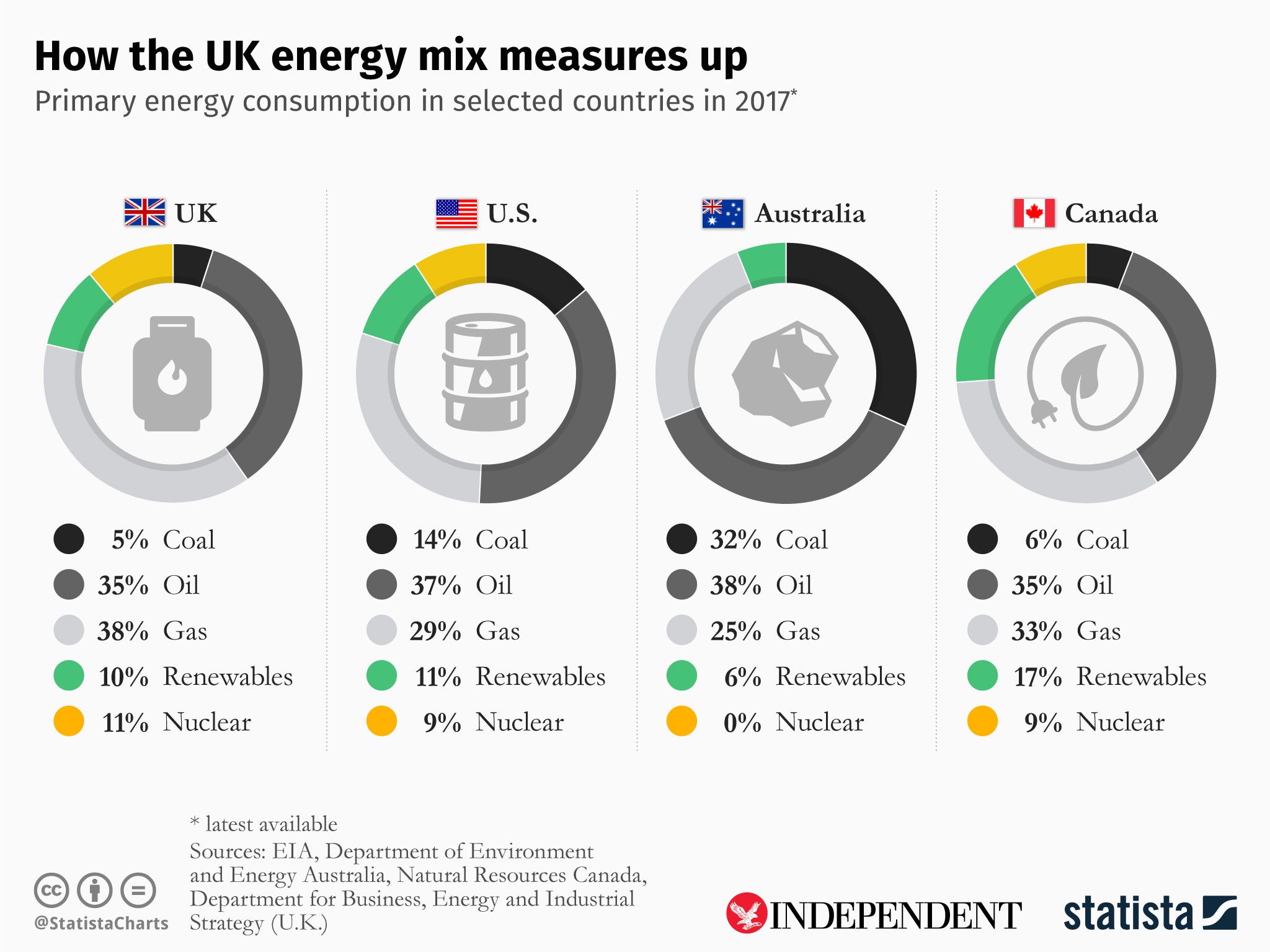 Experts have also warned most of the power previously generated by coal is largely being replaced by gas, which is now the dominant source of Britain’s electricity needs.

Although less harmful than coal, gas is a fossil fuel that under the 2008 Climate Change Act requires emissions to be reduced by 80 per cent in 2050 compared with 1990 levels.

“We’re closing in on phasing out coal entirely from our power system by 2025 as our renewables sector goes from strength to strength on our path to becoming the first major economy to legislate for net zero emissions,” a government spokesperson told The Independent.