We’ll soon know the exact air pollution from every power plant in the world.

Photo by NASA on Unsplash

Satellite data plus artificial intelligence equals no place to hide.

A nonprofit artificial intelligence firm called WattTime is going to use satellite imagery to precisely track the air pollution (including carbon emissions) coming out of every single power plant in the world, in real time. And it’s going to make the data public.

And it won’t just be regulators and politicians who see this data; it will be the public too. When it comes to environmental enforcement, the public can be more terrifying and punitive than any regulator. If any citizen group in the world can go online and pull up a list of the dirtiest power plants in their area, it eliminates one of the great informational barriers to citizen action.

And citizens have reason to organize. According to the latest State of Global Air report, air pollution is the fifth greatest global mortality risk. It causes 5 million early deaths and 147 million years of healthy life lost, every year, and the countries building the most power plants are experiencing the most air pollution. Their citizens have the most on the line. And now they’ll be armed with information.

Things are about to get interesting. Let’s look at the details. 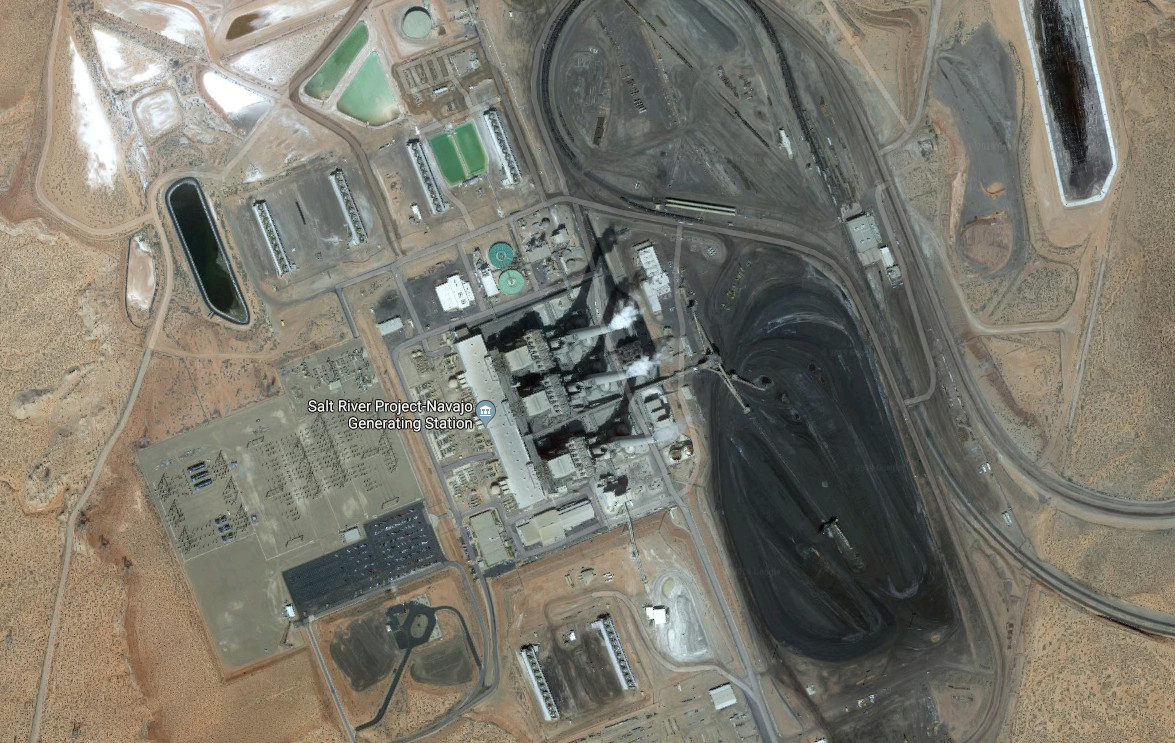 Eyes in the sky will track all power plant pollution

The plan is to use data from satellites that make theirs publicly available (like the European Union’s Copernicus network and the US Landsat network), as well as data from a few private companies that charge for their data (like Digital Globe). The data will come from a variety of sensors operating at different wavelengths, including thermal infrared that can detect heat.

The images will be processed by various algorithms to detect signs of emissions. It has already been demonstrated that a great deal of pollution can be tracked simply through identifying visible smoke. WattTime says it can also use infrared imaging to identify heat from smokestack plumes or cooling-water discharge. Sensors that can directly track NO2 emissions are in development, according to WattTime executive director Gavin McCormick.

Between visible smoke, heat, and NO2, WattTime will be able to derive exact, real-time emissions information, including information on carbon emissions, for every power plant in the world. (McCormick says the data may also be used to derive information about water pollutants like nitrates or mercury.)

Google.org, Google’s philanthropic wing, is getting the project off the ground (pardon the pun) with a $1.7 million grant; it was selected through the Google AI Impact Challenge.

WattTime, a nonprofit that is now a subsidiary of the Rocky Mountain Institute, made a splash earlier this year with Automated Emissions Reduction. AER is a program that uses real-time grid data and machine learning to determine exactly when the grid is producing the cleanest electricity. It can then automatically adjust power consumption to match up with those times, ensuring that users take advantage of the lowest-carbon power available. (Many kinds of power consumption can be safely shifted in time, like water heaters, battery charging, and some industrial processes; they are “dispatchable.”) AER is, as the name indicates, entirely automated; it works behind the scenes, without any user intervention.

WattTime is partnering with Carbon Tracker, a think tank that’s done previous work with satellite imagery, using it for financial analysis of power plants (including a pioneering study showing that 42 percent of global coal power plants are operating at a loss), and the World Resources Institute, which operates the world’s most comprehensive Global Database of Power Plants.

WattTime is a mission-based nonprofit with a track record, legitimate partners, and serious financial backing. Despite its diminutive size, it has a chance of becoming the global clearinghouse for transparent, reliable pollution data.

What it will immediately enable

This information is going to empower all kinds of tools and avenues for pollution reduction. Here are a few McCormick mentioned to me:

Every pollution law or international agreement relies on monitoring and verification. Many countries, or areas within countries, are suspected of underreporting emissions. It creates a background level of mutual mistrust. Now there will be a trusted, third-party source of verified information on every power plant; no more gaming the system by fiddling with local monitoring equipment or misreporting emissions. Transparent third-party verification will raise everyone’s confidence in the ability of regulators and negotiators to produce results.Remember Automated Emission Reductions? Real-time pollution data will enable AER to work anywhere in the world, without undue reliance on state or industry sources of data. I’ve written before about how battery storage doesn’t always reduce carbon emissionson the grid, because it’s rarely timed to sync up with clean energy. California is trying to fix that problem. AER will make it easier, for California and everyone else, to match clean energy production and consumption.Real-time, public pollution data will help renewable energy developers site their projects in areas where they can maximize emission reductions.Carbon Tracker has already shown that satellite data can be used for more precise financial analysis of power plants (again: 42 percent of the coal plants in the world are operating at a loss). WattTime’s program will make that analysis more robust and help better identify those areas where renewable energy is already cheaper than fossil power.Finally, the data will help fill in the gaps even in US pollution monitoring, which are many.

All that stuff will crank up the minute the information becomes public. WattTime is currently gathering data and working with partners who will put the information to use. 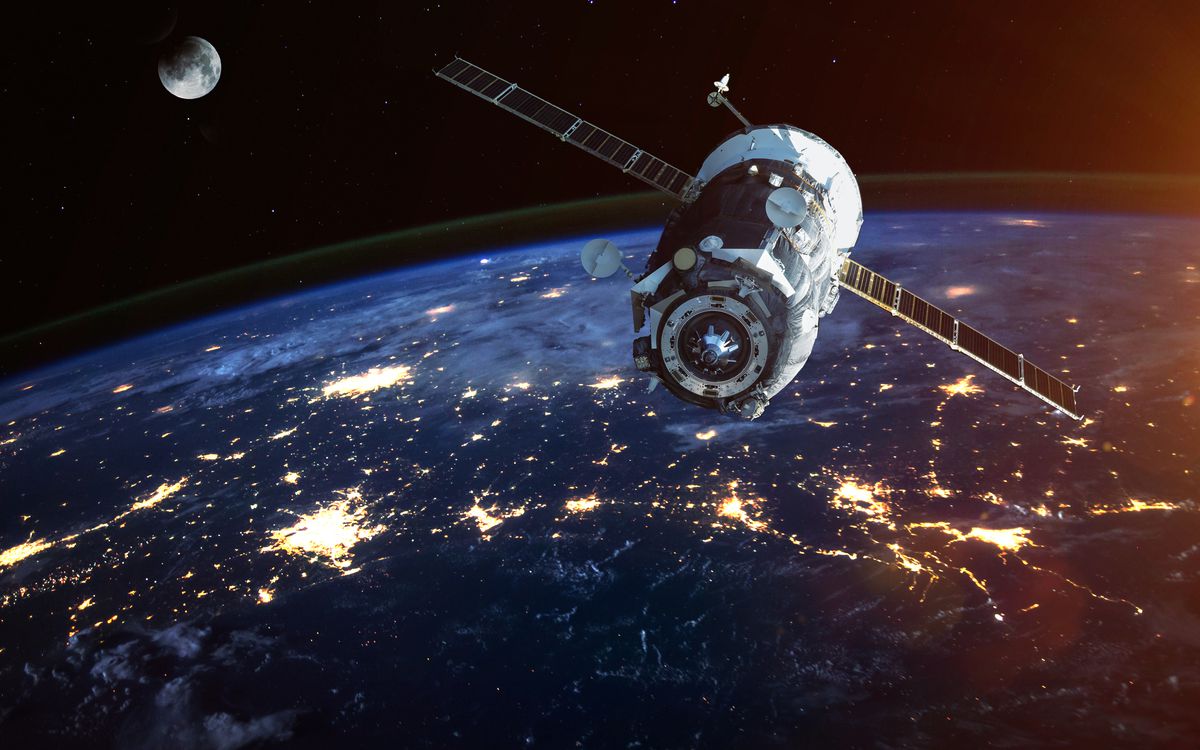 But the really interesting stuff will happen after this data is unleashed on the world and becomes accessible everywhere.

What it could enable in the long term

To help illuminate the larger impact this information might have, indulge me in a brief anecdote.

In 1986, the US created the Toxic Release Inventory, a database tracking the toxic emissions of all US industrial facilities.

It was strengthened in 1990, as part of the Pollution Prevention Act. At the time, this outcome was seen as something of a failure — the originally proposed bill contained stiff penalties for toxic emissions, but they were stripped out in negotiations. In the end, all that was left was the information, the TRI itself.

But the TRI has gone on to prove one of the most effective environmental regulations in US history. Simply making the information available to the public empowered citizens, nonprofits, and state governments to organize pressure on the worst emitters. In the five years after it was implemented, toxic emissions fell by almost half.

The TRI enabled what scholars Archon Fung and Dara O’Rourke (of Harvard and MIT, respectively) have called ‘‘populist maximin regulation,” which differs from conventional command-and-control regulation in four ways. First, the role of government agencies “is not to set and enforce standards, but to establish an information-rich context for private citizens, interest groups, and firms to solve environmental problems.”

Second, standards are not set according to expert risk analysis, but according to what the public is willing to accept. Third, emitters “adopt pollution prevention and abatement measures in response to a dynamic range of public pressures rather than to formalized agency standards or governmental sanction.” Finally, the information allows public attention to focus on the worst emitters — maximum attention on minimum performers, thus “maximin.”

A shorter way of putting this: Once the public knows what polluters are up to, it stops letting them get away with it.

Just as the TRI enabled populist maximin regulation in the US — a wave of bottom-up activism that the authors of the TRI never anticipated — so could WattTime’s data be used to organize citizen pressure on the biggest carbon emitters, on a global scale.

If nothing else, the biggest polluters, and the biggest cheaters, will be exposed. No company, no country, will be able to hide or fudge its numbers. The public will know how to find them.