The technology, which is the first of its kind in the world, purifies the air through the photosynthesis of microscopic plants, removing greenhouse gases from the environment whilst generating breathable oxygen. 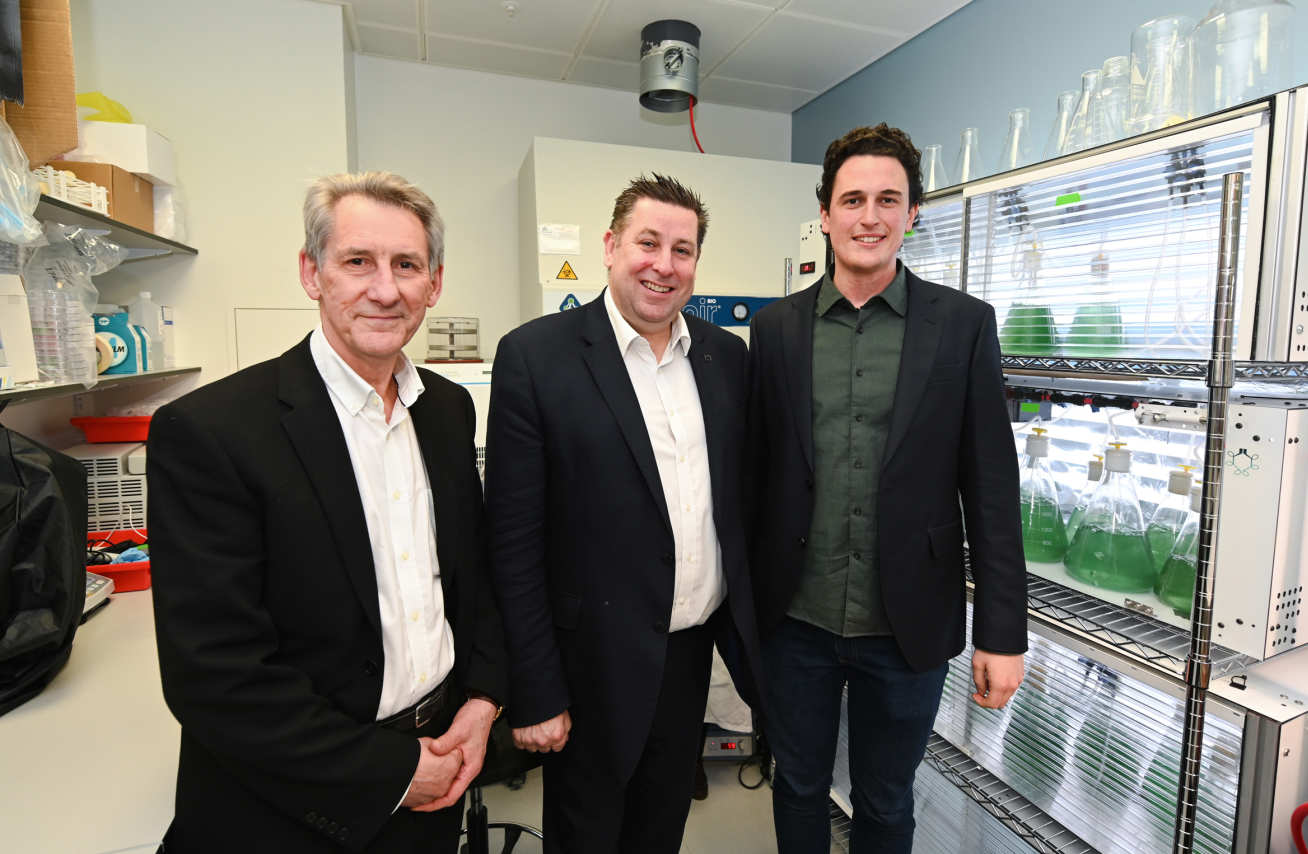 Arborea have developed an innovative cultivation system which facilitates the growth of tiny plant-life - such as microalgae, diatoms and phytoplankton - on large solar panel-like structures. These can then be installed on land, buildings and other developments to improve surrounding air quality.

The team say that Arborea’s cultivation system can remove carbon dioxide and produce breathable oxygen at a rate equivalent to a hundred trees from the surface area of just a single tree.

Arborea was founded by alumnus Julian Melchiorri, who completed two masters in Innovation Design Engineering in 2014, a course administered jointly by Imperial College London and the Royal College of Art.

In 2017, Julian’s ‘Bionic Chandelier’ – a living and breathing structure which purifies the air indoors using microalgae – became part of the V&A’s permanent collection. 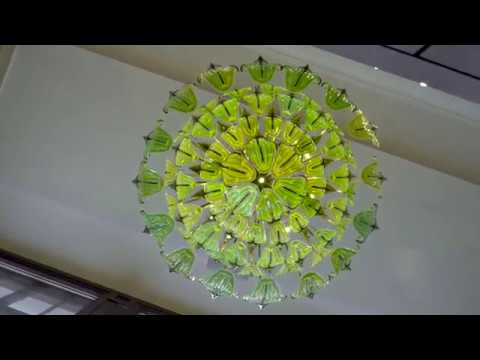 Imperial will be partnering with Arborea as part of its commitment to mitigating the environmental impact of its development at White City. The College will be providing the company with funding to facilitate the development of an outdoor pilot of their BioSolar Leaf cultivation system on Imperial’s White City Campus South Site. 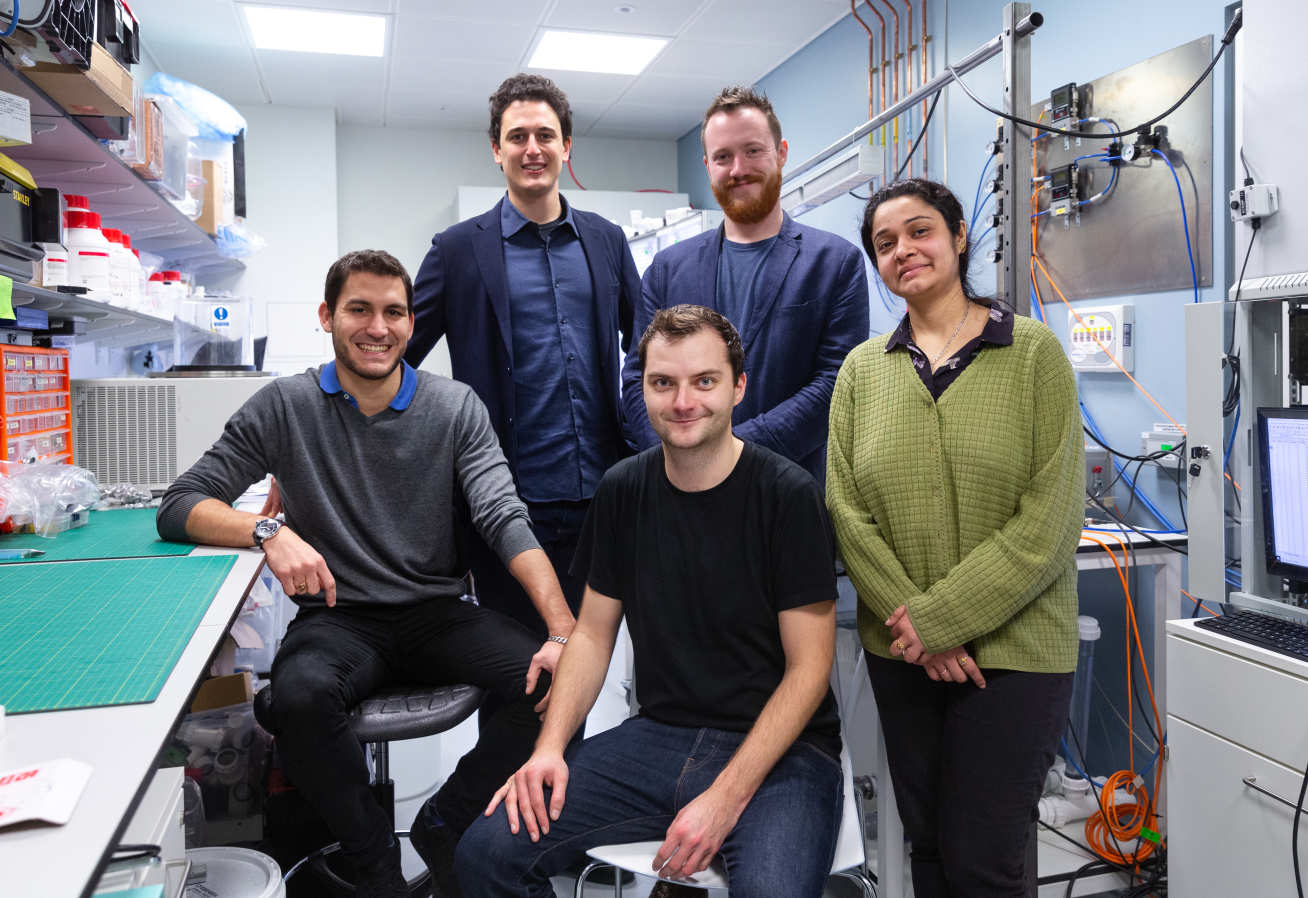 Over the length of the project, the pilot will showcase how pioneering technologies are addressing environmental and social issues in real working conditions. It is envisaged that the pilot will become the centre piece for outreach activities with school students from the local White City area.

This news comes as Imperial and Hammersmith and Fulham Council are collaborating on a Partnership for Growth and Innovation - or ‘Upstream’ - which aims to transform White City into a world-leading innovation district fuelled by close collaboration between academics, businesses, entrepreneurs and the local community.

Arborea are currently based in the Translation & Innovation Hub (I-HUB) at Imperial’s White City Campus and recently received the ‘Peres Award for Social Innovation’ from The European House Ambrosetti. The company were previously supported by the European Institute of Innovation and Technology’s Climate-KIC Accelerator and Innovate UK.

Professor Neil Alford, Associate Provost (Academic Planning) at Imperial College London, said: “Air pollution is one of London’s most urgent challenges, and Imperial is committed to finding sustainable and resilient solutions to this threat. This collaboration with Arborea is an exceptional opportunity to showcase the power of Cleantech at our White City Campus. Through our White City masterplan we are bringing forward sustainable solutions that have the potential to improve environmental outcomes in west London, throughout the UK, and across the world.”

Cllr Stephen Cowan, Leader of London Borough of Hammersmith and Fulham, said: “Arborea’s BioSolar leaves are set to revolutionise air quality in London and across the world. Our administration is planning to be the first to put them into our borough as we're determined Hammersmith & Fulham will lead the way in cleaning our filthy air.

"This cutting-edge biotech is the latest and most radical innovation to come out of the White City biotech hub – the cornerstone of the Hammersmith & Fulham industrial strategy. The Imperial campus in White City, including the I-HUB, is already changing the world, and shows what can be achieved when a council, a world-leading academic institution and business come together to lead the way and grow a local economy that works for all.”

Julian Melchiorri, Founder and CEO of Arborea, said: “We are proud to be part of the world-class innovation district that is flourishing at White City and excited about this new collaboration with Imperial. In our ever-growing modern cities, cooperation between start-ups, academic institutions and governmental bodies is critical to enable and accelerate sustainable innovation that benefits both our society and environment.”

“When I founded Arborea my goal was to tackle climate change while addressing the critical issues related to the food system. This pilot plant will produce sustainable healthy food additives while purifying the air, producing oxygen and removing carbon dioxide from the surrounding environment. It will provide the opportunity to fully harness Arborea’s BioSolar Leaf dual action in real operating conditions and help to unlock the technology’s full potential.”